"Although many people think that the luxuries and conveniences of contemporary life are entirely harmless, they in fact, prevent people from developingsintostruly strong and independent individuals."

Do modern luxuries serve to undermine our true strength and independence as individuals? The speaker believes so, and I tend to agree. Consider the automobile, for example. Most people consider the automobile a necessity rather than a luxury; yet it is for this very reason that the automobile so aptly supports the speaker‘s point. To the extent that we depend on cars as crutches, they prevent us from becoming truly independent and strong in character as individuals.

Consider first the effect of the automobile on our independence as individuals. In some respects the automobile serves to enhance such independence. For example, cars make it possible for people in isolated and depressed areas without public transportation to become more independent by pursuing gainful employment outside their communities. And teenagers discover that owning a car, or even borrowing one on occasion, affords them a needed sense of independence from their parents.

in some respects...=in some cases, to some extent

However, cars have diminished our independence in a number of more significant respects.

We've grown dependent on our cars for commuting to work. We rely on them like crutches for short trips to the corner store, and for carting our children to and from school. Moreover, the car has become a means not only to our assorted physical destinations but also to the attainment of our socioeconomic goals, insofar as the automobile has become a symbol of status. In fact, in my observation many, if not most, working professionals willingly undermine their financial security for the sake of being seen driving this year's new SUV or luxury sedan. In short, we've become slaves to the automobile.

精华：diminish our independence in a number of more significant respects

Consider next the overall impact of the automobile on our strength as individuals, by which I mean strength of character, or mettle. I would be hard-pressed to list one way in which the automobile enhances one‘s strength of character. Driving a powerful SUV might afford a person a feeling and appearance of strength, or machismo(男人气魄). But this feeling has nothing to do with a person's true character. In contrast, there is a certain strength of character that comes with eschewing modern conveniences such as cars, and with the knowledge that one is contributing to a cleaner and quieter environment, a safer neighborhood, and arguably a more genteel society. Also, alternative modes of transportation such as bicycling and walking are forms of exercise which require and promote the virtue of self-discipline. Finally, in my observation people who have forsaken the automobile spend more time at home,swheresthey are more inclined to prepare and even grow their own food, and to spend more time with their families. The former enhances one's independence; the latter enhances the integrity of one's values and the strength of one's family.精华：contribute to Consider next...Also,...Finally,...in my observation...

To sum up, the automobile helps illustrate that when a luxury becomes a necessity it can sap(注意此位gre常考单词) our independence and strength as individuals. Perhaps our society is better off, on balance, with such "luxuries" after all, the automobile industry has created countless jobs, raised our standard of living, and made the world more interesting. However, by becoming slaves to the automobile we trade off(= sacrifice) a certain independence and inner strength. 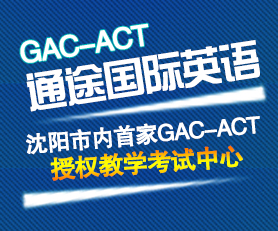